Special issue of TOPOI: An International Review of Philosophy 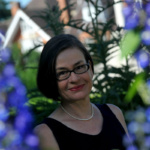 Rae Helen Langton is currently the Knightbridge Professor of Philosophy at the University of Cambridge. She has published widely on Immanuel Kant’s philosophy, moral philosophy, political philosophy, metaphysics, and feminist philosophy. She is also well known for her work on pornography and objectification. She has a long-standing interest in speech acts and social justice. Her research focuses on how certain forms of speech (including hate speech and pornography) can subordinate people, altering social norms and authority patterns and legitimating inequality. Moreover, she argues that some speech can also silence by making certain speech acts difficult or impossible. 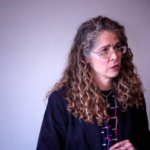 Mary Kate McGowan is the Luella LaMer Professor of Women’s Studies and Professor of Philosophy at Wellesley College. McGowan specializes in studying the subtle ways that speech can be used to alter normative facts and how this technique may be involved in the perpetuation of unjust social systems. She argues that conversational contributions enact normative fact in a way that is not, at the surface, visible.Her more recent work has generalized this phenomenon to settings that are not entirely conversational, arguing that sexist speech, some pornography, and some types of hate speech are much more harmful than are currently recognized. 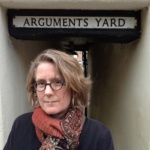 Jennifer Saul is a professor of philosophy at the University of Sheffield and the University of Waterloo. Her primary interests are in Philosophy of Language, Feminism, Philosophy of Race, and Philosophy of Psychology. Much of her work has been on deception and racism in political speech in recent years. As said in her research webpage, in her most recent book Lying, Misleading and What is Said: An Exploration in Philosophy of Language and in Ethics (Oxford University Press 2012), she argues that considering the distinction between lying and misleading can help to shed new light on methodological disputes in philosophy of language over notions like what is said, semantic content, implicature, and the semantic/pragmatic distinction more generally.

Marina Sbisà, University of Trieste, IT 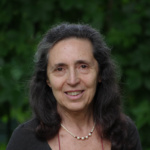 Marina Sbisà is an Eminent Scholar who was formerly Full Professor of Philosophy and Theories of Languages at the University of Trieste. She has done research in the philosophy of language (especially pragmatics), ordinary language philosophy (Austin, Grice, Wittgenstein), semiotics and discourse analysis and gender studies. Her research interests include speech acts and implicit meaning. While doing research in pragmatics and discourse analysis, her main current engagement is with the reconstruction and reassessment of the philosophy of John L. Austin. 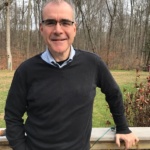 Mitchell Green is a Professor of Philosophy at the University of Connecticut. His research interests are in Philosophy of Language, Philosophy of Mind, and Aesthetics. He is also interested in Metaphysics, Decision Theory, the Theory of Action, and the history of analytic philosophy. Since 2009 he has directed Project High-Phi, which works to incorporate philosophy into American high schools. His current research includes the evolutionary biology of communication, speech acts and their role in conversation, empathy, self-knowledge, self-expression, attitude ascription, and the epistemic value of fiction.

The aim of the workshop and the special issue is to use the framework of speech act theory to understand the broadly construed normativity of disputes (“argument” in one sense) and reasoning (“argument” in another sense) in the public sphere. We preserve the ambiguity of the natural-language “argument” to capture the broad range of communicative phenomena where normative aspects of discourse are particularly at stake. Indeed, disputes as breakdowns of communication reveal the norms and sanctions governing our linguistic exchanges. We believe that speech act theory, which is enjoying nothing short of a revival today, provides a promising framework for combining insights from philosophy, pragmatics, argumentation theory, legal theory, and other disciplines studying the normative aspect of public argument.

Our focus is on the variety and dynamics of norms governing argumentative practices. In other words, we want to examine and catalogue the mechanisms that underlie their enactment, persistence, and evolution as well as the various ways in which they shape our discursive practices. In particular, we are interested in communicative phenomena— e.g., back-door speech acts, authoritative illocutions, counter speech, insinuation, demonstrations and other forms of social protest, and the like—to be found in the domain of public argument which result from following, negotiating, exploiting, or accommodating discursive norms.

(At this stage planned as a face-to-face only event in Lisbon, Portugal. In case of COVID-related contingencies, a hybrid or online modality will be considered.)

Apart from the invited speakers, some 10-12 papers will be accepted for presentation in one plenary session over 3 days

Accompanying the workshop is a special issue of TOPOI: An International Review of Philosophy (https://www.springer.com/journal/11245) where selected and peer-reviewed contributions to the workshop will appear as one of the journal’s topical issues.

Note: submitting an abstract to the workshop implies willingness to contribute a corresponding full paper to the resulting issue of TOPOI, with the understanding that acceptance of this paper will be conditional upon further double-blind peer reviewing.

Submit your anonymized 1-page (400-500 words) abstracts to: m.lewinski@fcsh.unl.pt by March 31. After the workshop, authors of accepted abstracts will receive instructions on how to submit their full papers via TOPOI online Editorial Manager.

Immediately before the Workshop (June 23-25), Lisbon summer school on speech acts in public discourse: Normative questions will be held. This event will be dedicated to early career investigators (ECIs: PhD students, post-doc researchers) interested in the topic of abusive or manipulative speech acts. Bursaries will be available. More details soon.

The workshop, the special issue, and the summer school form part of research activities within the broader EU-funded COST Action project European Network for Argumentation and Public Policy Analysis (APPLY, CA17132) (https://publicpolicyargument.eu/) and are supported by the Horizon Europe Framework Programme. No registration fees are required and some travel bursaries will be available to the authors of the best selected papers / ECIs invited to the summer school.