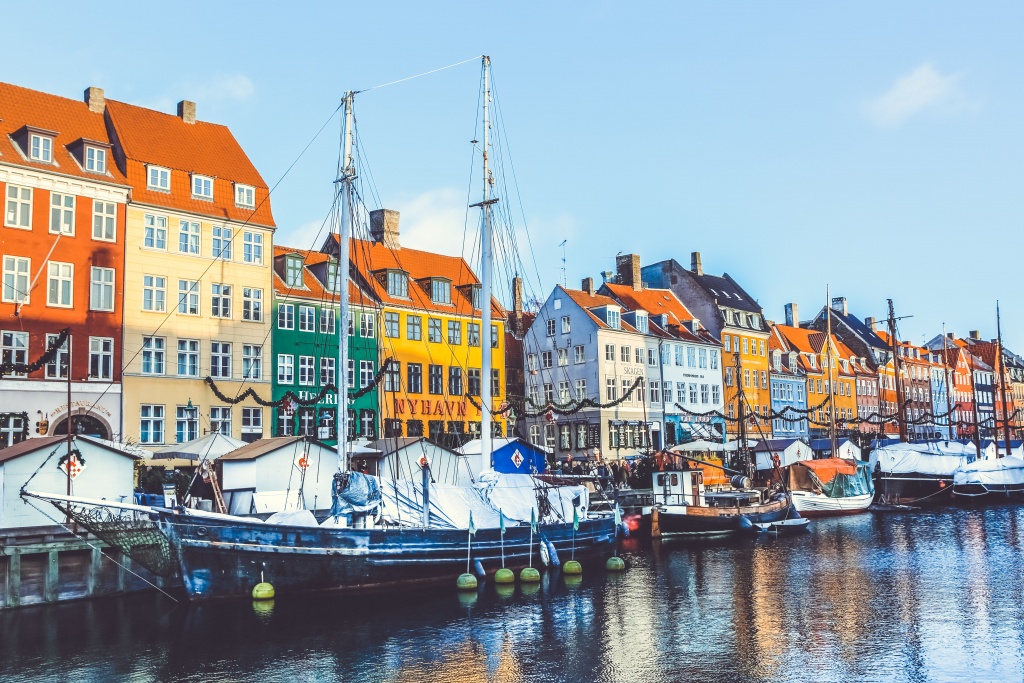 The APPLY Action identifies gaps between the citizens’, policymakers’ and scholarly experts’ argumentation, and explores ways of treating them. In this training school, we approach this endeavor from the perspective of deliberation, that is, political argumentation in the widest sense. The purpose of this training school is to understand, analyse and discuss the role of  deliberation in society on the basis of current rhetorical scholarship and praxis, as well as to investigate current challenges to traditional deliberative and argumentative norms.

Questions to be addressed include: In what ways do deliberative models and norms continue to represent valuable resources for scholars and practitioners? What are their  limitations/challenges? What alternative theories or modulations are needed to adequately address and assess contemporary public discourse in ways that are theoretically, methodologically, and practically/pedagogically useful? How can rhetorical scholarship be of assistance in this regard? To explore these questions the training school is organized in three sessions, each combining discussion of shared readings and of participant projects:

The training school is intended for both academics and practitioners at any stage of their career who are working on issues of norms and limitations of public deliberation, argumentation, social resistance and dissent. 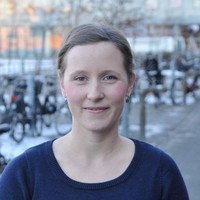 Mette Bengtsson’s overall research interest lies in the cross-field between journalism, mass media and democracy — with a particular focus on how mass mediated public debate takes place and how journalists can help cultivate a vivid and engaging political discussion on a wide range of issues. In her work, she has identified, described and discussed some of the emerging genres within political journalism, e.g. political commentary and fact-checking. Her work is published in Journalism, Nordicom Review, Journalistica and Rhetorica Scandinavica. She is part of two research groups that have recently received funding: “Cultural publics. A Study of the Opinion and Peoples Pages of Danish Newspapers from 1908-2018” and “Datafied News Media — Datafied Publics? The Future of Journalism and their Publics in the Age of Datafication” 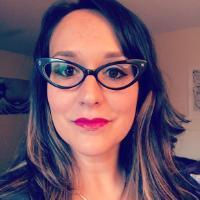 Pamela Pietrucci holds a PhD in Communication and Rhetoric from the University of Washington, USA, where she resided as an International Fulbright Fellow. Her research explores bottom-up and top-down modes of rhetorical citizenship: she is broadly interested in studying public discourse that bridges publics and audiences across media platforms, locales, and discursive spheres. Her current projects explore locality in protest, public art as performative citizenship, and also the intersections of political rhetoric and the communication of science across technical and public spheres as a mode of civic engagement. She works with transnational and translational rhetorics and has published in various international communication and rhetoric journals, including Rhetoric and Public Affairs, The Journal of Argumentation in Context, Interface: A Journal for and about Social Movements, and Comunicazione Politica. 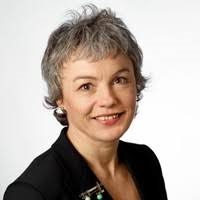 Lisa Villadsen holds a Ph.D. in Communication Studies from Northwestern University. With Christian Kock she has edited two volumes on rhetorical citizenship: Rhetorical Citizenship and Public Deliberation. Penn State University Press, 2012 and Contemporary Rhetorical Citizenship: Purposes, Practices, and Perspectives. Leiden University Press, 2014 and they are currently co-editing a volume with the working title Populist Rhetorics under contract with Palgrave Macmillan. A recent article by Lisa focused on issues of dissent in connection with public debate on immigration: “Doxa, Dissent, and Challenges of Rhetorical Citizenship: “When I Criticize Denmark, It Is Not the White Nights or the New Potatoes I Have In Mind”” in Javnost: The Public 24 (3) 2017: 1-16.

Anyone may apply as a training school participant.
You will arrange your own travel and accommodation (practical information TBA).

To qualify for bursaries, you must be affiliated with an institution or company from a COST member country.

Information about the venue:

The University of Copenhagen is located in central Copenhagen and is easily accessible by bus and Metro.

Description:
The purpose of this training workshop was to understand, analyze, and discuss the role of deliberation in society on the basis of current rhetorical scholarship and praxis, as well as to investigate current challenges to traditional deliberative and argumentative norms.

Questions addressed included: In what ways do deliberative models and norms continue to represent valuable resources for scholars and practitioners? What are their limitations/challenges? What alternative theories or modulations are needed to adequately address and assess contemporary public discourse in ways that are theoretically, methodologically, and practically/pedagogically useful? How can rhetorical scholarship be of assistance in this regard?

The training school had 20 participants from more than 15 different countries in the COST network.

Over the next two days, participants engaged in multiple group discussions based on presentations by the four trainers (described briefly below), two poster sessions, and two field trips.

The poster sessions were an opportunity for participants to present their ongoing projects, whether of a scholarly or practical nature, and receive feedback. Eight posters were submitted, covering a wide spectrum of areas and topics. They were displayed in the seminar room throughout the training school and were discussed in two sessions (four posters in each). The authors of the posters presenting their work and took questions and suggestions from circulating groups of 4-5 participants and trainers.

One field trip went to the Christiania, a freetown or “commune” of about 850 to 1,000 residents, in the borough of Christianshavn in Copenhagen. Christiania has been a source of controversy since its creation in a squatted former military area in 1971. Its cannabis trade was tolerated by authorities until 2004. Since the beginning of the 2010s, the situation has been somewhat normalized and Danish law is now enforced in Christiania. On a guided tour training school participants learned about the history and way of life in Christiania, with a special emphasis on the tradition of only making collective decisions based on consensus.

The other field trip went to the Danish Parliament, Christiansborg. Here, training school participants were given a guided tour by Mr. Rasmus Stoklund, MP. Stoklund represents the Social Democrats, currently in government, and is their spokesperson in matters regarding immigration and integration. The focus here was on the debate culture among MPs across party lines in and out of the Parliament Hall and on what Mr. Stoklund as an MP considered good vs. unproductive debate behavior.

A communal dinner was held in a new communal style restaurant housed in a building from 1755
located at the scenic Christianshavns Channel. It formerly housed the royal naval hospital and then the navy museum.

The trainers were:
Mette Bengtsson, Associate Professor of Rhetoric, University of Copenhagen and in her talk, “A rhetorical perspective on fact-checking,” she accounted for the emergence and development of fact-checking initiatives, from the first American student-driven enterprise to the global fact-checking explosion. Then, based on observations in a fact-checking newsroom and a selection of policy documents, she analysed fact-checking journalists’ understanding, description and defence of their own role and practice. Finally, she discussed problems with the current fact-checking practice and gave suggestions for development. She did this by analysing and discussing three examples, arguing that the statements checked by fact-checkers are not always ‘checkable’ and that fact-checkers should distinguish better between different kinds of statements and use differentiated ways of evaluating these.

Christian Kock, Professor emeritus of Rhetoric, University of Copenhagen, held a presentation
“Two key notions: Rhetorical argumentation and Deliberation,” was based on selected writings of his own in which he seeks to build a connection between argumentation studies and democratic theory. He emphasized the distinction between epistemic argumentation (arguing about what’s true) and practical argumentation (arguing about what to do). The latter is in principle always “multidimensional” insofar as it involves reasons (premises) not just about what is the case but also reasons relying on value concepts of multiple kinds, which are not objectively commensurable. In any practical issue there will in principle be relevant, irrefutable but incommensurable reasons on both sides. This again implies that there is such a thing as reasonable, enduring disagreement; further, practical disagreements will always have to be deliberative in the sense that the relevant reasons on the opposite sides should be “weighed” against each other by public debaters and citizens alike. In this process there is inevitably a legitimate subjectivity factor. That is the main reason for a polity to have democracy, and it is also the reason why practical argumentation in a polity is necessarily rhetorical argumentation.

Pamela Pietrucci, Assistant Professor of Rhetoric, University of Copenhagen presented talk on “Public Controversies: A Rhetorical Approach to Expert-Public-Policy Debate,” and she explored some key argumentative and communicative issues emerging at the intersections of the technical and public spheres. Specifically, she analyzes examples of public controversies about scientific topics communicated by experts to lay publics and proposed solutions to improve the public communication of science and expertise through a rhetorical perspective. The examples examined included an overview of the different types of public “manufactured controversies” about scientific facts, and other high-profile cases of debacles in the public communication of risk. All examples were analyzed from a rhetorical perspective to find solutions to improve the expert-public-policy debate. Prof. Pietrucci proposed the rhetorical citizenship of experts and their ethos as public citizens as a paradigm that has the potential to prevent communication and argumentative breakdowns from happening in the future when experts speak to general publics.

Lisa Villadsen, Professor of Rhetoric, University of Copenhagen had a talk on“ Rhetorical citizenship and dissent,” and presented a question posed by American rhetorical scholar Bob Ivie as its key question: “how to communicate politically without an exclusionary aim for consensus and unity or a reduction of difference to total otherness.” Based on selected readings for the training school she introduced the concept of rhetorical citizenship with its view of debate culture as a combination of citizen rights and obligations, and then went on to discuss rhetorical approaches to deliberative democracy, including Ivie’s and others’ work on dissent as well as the notion of parresia (‘speaking truth to power’) and connected these strands to the teaching of rhetorical and argumentative competencies and vernacular rhetorical praxis.